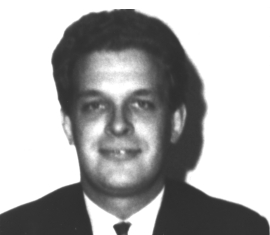 Trooper Antoniewicz was shot and killed during a traffic stop in Echo Canyon. At approximately 10 p.m., the 27-year-old victim stopped a speeding vehicle eastbound on Interstate 80, nine miles east of Echo Junction. The driver shot Trooper Antoniewicz twice with a .38-calibre revolver, kicked him in the head, and then fled the scene. The victim’s body was discovered by a passing trucker. After an investigation lasting nearly two years, a suspect was charged with the murder. The trial ended in a hung jury. Rather than face a second trial, the suspect pled guilty to second-degree murder. After serving 12 years, he was paroled in 1989. Trooper Antoniewicz was single and had been a member of the UHP for six months. He was buried in Richmond City Cemetery. His bronze name plaque is sponsored by the Utah Highway Patrol Association.