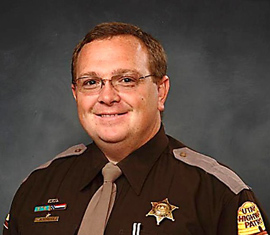 Utah Highway Patrol Trooper Aaron Beesley died from a fall during a search and rescue operation in Salt Lake County. Trooper Beesley, 34, was the tactical flight officer aboard a helicopter sent to rescue two teenagers stranded on the Mount Olympus trail. The 13-year veteran trooper elected to remain at the scene alone while the helicopter transported the hikers to safety. Upon returning, the pilot located Trooper Beesley’s body at the bottom of a 90-foot cliff. He had apparently fallen while attempting to retrieve some equipment. Trooper Beesley is survived by his wife and three sons.