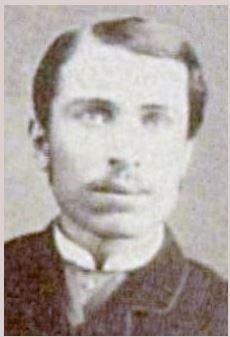 On Saturday, September 3, 1927, Officer Rollin Tanner was on duty in Liberty Park during the visitation of famed aviator Charles Lindbergh. During the afternoon, thousands of visitors packed the park to catch a glimpse of Lindbergh. This created unaccustomed pressure on many animals in the park’s zoo. As Officer Tanner was passing the lions’ cage, he reached in to touch the animals as he had done numerous times before. It is believed that the unfamiliar presence of so many people caused one of the lions to seize the officer’s hand in his mouth, and then used its claw to draw the officer to the bars. Another lion joined the attacks. The animals were driven back by an unknown bystander wielding a metal bar. Officer Rollins was taken to the emergency hospital where his serious wounds were dressed and he returned home to recover. It was not believed that Officer Rollins was in any danger, however blood poisoning set in and he died on September 10, 1927.

Officer Tanner was previously the sheriff and county attorney of Beaver County, as well as a United States marshal for the Second Judicial District of Utah in 1894 and 1895. Tanner is referred to as an “officer” or “special officer” in various newspapers, and a “park watchman” in others. He was also a prior Utah state senator from the Eleventh senatorial district. On May 1, 1924, he was appointed a special officer by the Salt Lake City Commission.