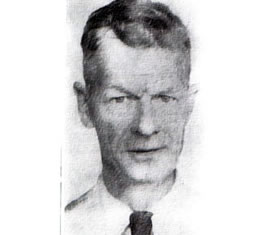 Officer Fisher was stabbed to death at Utah State Prison. The 58-year-old victim was a three-year veteran of the Utah correctional system. He was alone with an inmate in the prison boiler room when he discovered the inmate was carrying a knife stolen from the prison’s butcher shop. A struggle ensued during which the victim was stabbed in the chest, back and arm. Officer Fisher died before medical aid could reach him. The inmate confessed to officers a short time later. Sentenced to life, he is currently incarcerated in a federal facility in California. A widower, Officer Fisher is buried in Frankfort, Kentucky. His bronze name plaque is sponsored by the Utah Department of Corrections.