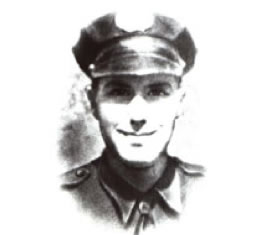 Officer Baxter was killed in a motorcycle accident while enforcing speed limits in Salt Lake City. The 28-year-old victim was conducting routine speed enforcement on 200 West between 200 and 300 North when he observed a vehicle traveling south at a high rate of speed. Officer Baxter pursued the violator. At the intersection of 100 North 200 West, a vehicle turned in front of him. Officer Baxter lost control of his motorcycle while taking evasive action and crashed into the wall of a building. He suffered a broken neck and died at a local hospital. Officer Baxter was married and the father of two children. He is buried in Salt Lake City Cemetery. His bronze name plaque is sponsored by Salt Lake City Police Mutual Aid Association.