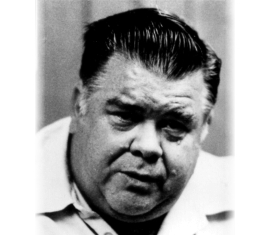 Lieutenant Ivie was accidentally shot and killed at a roadblock in Duchesne County. The 52-year-old victim was responding to the scene of a rolling roadblock two miles west of Roosevelt where officers had boxed in a vehicle driven by a man threatening to kill his family. As the man attempted to crash his way out of the roadblock, Lt. Ivie’s unmarked vehicle entered the scene. In the confusion caused by poor light and dust, a second deputy mistook Lt. Ivie for the suspect and fired through the windshield, killing him instantly. Lt. Ivie was married and the father of eight children. He is buried in Myton City Cemetery. His bronze memorial plaque is sponsored by Sgt. Thomas M. Farell, Inglewood (CA) P.D.