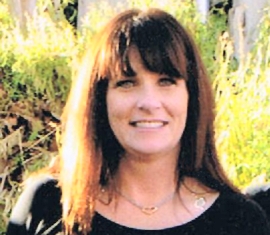 Deputy Fox was shot and killed during a traffic stop on Highway 50, one mile east of Delta. The 37-year-old victim had stopped a vehicle and was approaching when fired upon with a high-powered rifle. At least one of the rounds passed through her body armor and inflicted a fatal wound. The suspect fled the area. Following a statewide hunt by law enforcement, the suspect was found hiding in a shed in Beaver County.

Two years later, despite his having confessed, a jury found the suspect not-guilty of Deputy Fox’s murder. He was sentenced to 10 years in prison on other charges.

Deputy Fox was married and the mother of two children. Her bronze memorial plaque is sponsored by the Millard County Sheriff’s Office and Millard County Peace Officers Association.

Deputy Fox was in the same POST class as Officer Jared D. Francom.