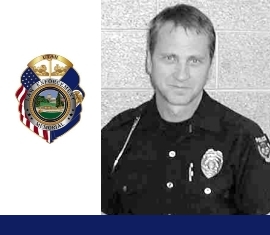 Chief Gurr was shot and killed at a convenience store in Ballard. The 50-year-old victim and several other officers responded to the store on a report of a man attempting to force a female acquaintance into a pickup truck. Officers approached scene as the man and the woman were driving out of the parking lot. The suspect fired upon the officers with an assault rifle. Chief Gurr was returning fire when struck in the head and instantly killed. The suspect then forced the woman to drive away. A few blocks from the scene the woman managed to throw the rifle from the truck. The vehicle was then boxed in and the unarmed suspect subdued by officers. He was convicted and sentenced to life in prison. Chief Gurr was married and the father of three children. He is buried in Roosevelt Memorial Park. His bronze name plaque is sponsored by the Roosevelt Police Department.