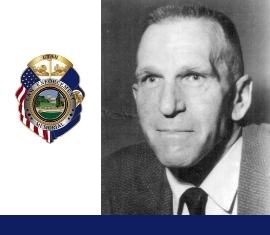 Sheriff Wright became the first Utah police officer to die in an aircraft crash. The 53-year-old victim was returning a prisoner to Utah by private aircraft from Texas. Near Montrose, Colorado, over Black Canyon of the Gunnison River, the aircraft developed mechanical problems and crashed. Sheriff Wright, the pilot and the prisoner were killed. Sheriff Wright was married and the father of four children. He is buried in Monticello City Cemetery. His bronze name plaque is sponsored by the Seth F. Wright Family.