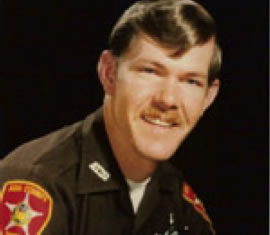 Officer Schreurs was killed by a drunken driver while directing traffic following a fireworks demonstration. The 33-year-old victim was standing in the intersection of U-224 and Pay Day Drive when struck by a pickup truck driven by an intoxicated man. Officer Schreurs was transported by helicopter to LDS Hospital where he died of internal injuries. Facing criminal charges, the suspect committed suicide a month later. Officer Schreurs was married and the father of two sons. He is buried in Redwood Memorial Estates. His bronze name plaque is sponsored by Park City Fraternal Order of Police Lodge #3.