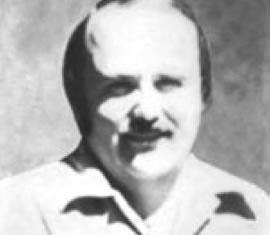 Agent Hutchings was shot and killed during a drug raid at a Salt Lake City home. At approximately 7:00 p.m., the 32-year-old victim and several other narcotics officers performed a controlled “buy” at 588 E. 1700 South, SLC. The undercover officer making the drug purchase alerted backup officers via a hidden microphone that he had been successful. Officers then forcibly entered the home to make an arrest. The occupant of the home fired on the officers with a 12-gauge shotgun, striking Agent Hutching in the neck and chest. Agent Hutching was able to return fire before he died, killing his assailant. Agent Hutchings was married and the father of six children. He is buried in Orem City Cemetery.  His bronze name plaque is sponsored by the Utah Highway Patrol Association.